Stoa is all dance on Helsinki Day, when the Stoa square transforms into the biggest dancefloor in the east!

Stoa square goes from one style to the next: from traditional open air dancing and hip hop to Latin American rhythms and salsa. The performers include Dallapé, Ramithawi, SOFA and Break the Fight!; also shuffle instruction and workshops. The host of the event is actor and star dancer Ernest Lawson. Come and join the most danceable event in the east! Free admission!

At 2 p.m. Dallapé
Founded in 1925, Dallapé is Finland’s most significant and the oldest continuously active entertainment orchestra in Europe. Dallapé has turned a vast number of songs by Finnish songwriters into evergreens and introduced Finnish audiences to numerous international top hits of the time. Dallapé has recorded regularly from the very beginning and visited other countries as well.

In 2010, the orchestra’s leading was taken over by Juha Hostikka, who studied singing at the Sibelius Academy and saxophone at the Helsinki Pop&Jazz Conservatory and has restored the orchestra to its 1930s splendour. Expert entertainment orchestra arrangements and swinging playing are still the trademarks of Dallapé. The Dallapé quality is being maintained in the current set-up by 11 top music performers.

At 3:20 p.m. Ramithawi
Ramithawi is a Venezuelan-Syrian singer-songwriter, whose music combines Latin American and Arabic elements. The trio composed of Ramithawi, percussionist Jani Lehtioksa and bassist Javier Sánchez Pérez is not lacking in rhythm, emotion or magic.

SOFA has thrilled the audience by rapping about things that are generally not spoken of in hip hop culture. The two met in the Theatre Academy and released their debut album BFF in February 2020. The band has also released two EPs and a host of singles, with topics ranging from menstruation to leggings, balancing joyfully between social influence and having fun. The insightful and empowering texts are born from Sonja and Fanni’s own experiences.

At 2:50 p.m. Break the Fight!
Show Case Break the Fight! brings to Helsinki Day an energetic and participatory Show Case battle, a breaking cypher, a DJ and beatboxer. DJ and beatboxer Niko Nova brings the breaks. Four of the finest breakdancers will perform the Show Case Battle and inspire people to participate in the breaking cypher to learn the moves. They are members of the Finnish breakdance olympic team Kimmo “Haiku” Korpela, Swedish Pontus “P-Tech”Linder, Finnish-Russian Kristiina “Stinkki” Mikhel and Ukrainian Roman “Tino” Tinovskyi.

We want to combine the Break the Fight! event with topical civic engagement that Break the Fight! also does. We want to influence the prevention of bullying and racism through hip hop culture and communal activity. Hip hop is love, peace and unity!

At 5 p.m. Let’s shuffle! You may be familiar with this dance style from festivals and social media. The fast and showy foot movement is the reason for its popularity. Shuffle is a dance form that anyone can jump into, regardless of their dance background, age or gender. Hop on in!

The instruction is done by Jennie K, owner of the Shuffle Studio FI dance school. Jennie has been shuffle dancing for almost five years and it has taken her all over the world. This is a passion that she wants to share with others!

Skutta’s terrace is open from 1 p.m. until 6 p.m. – the grill is hot and the drinks are cold! Restaurant Skutta celebrates the opening of the terrace on Saturday 11 June from noon. Performances by sound artist Tatu Rönkkö, DJ Borzin and Kari Tapiiri.

Note! If the weather forecast promises rain on the event day, the programme will take place indoors. 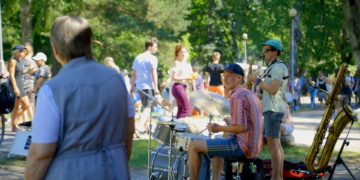 Children, Dance, Theatre and Cinema, Design and Workshops, Music, Nature and the Environment, Sports and Wellness 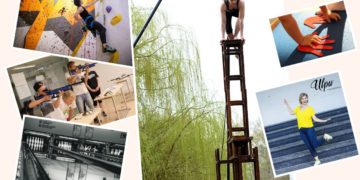 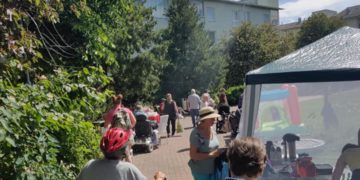